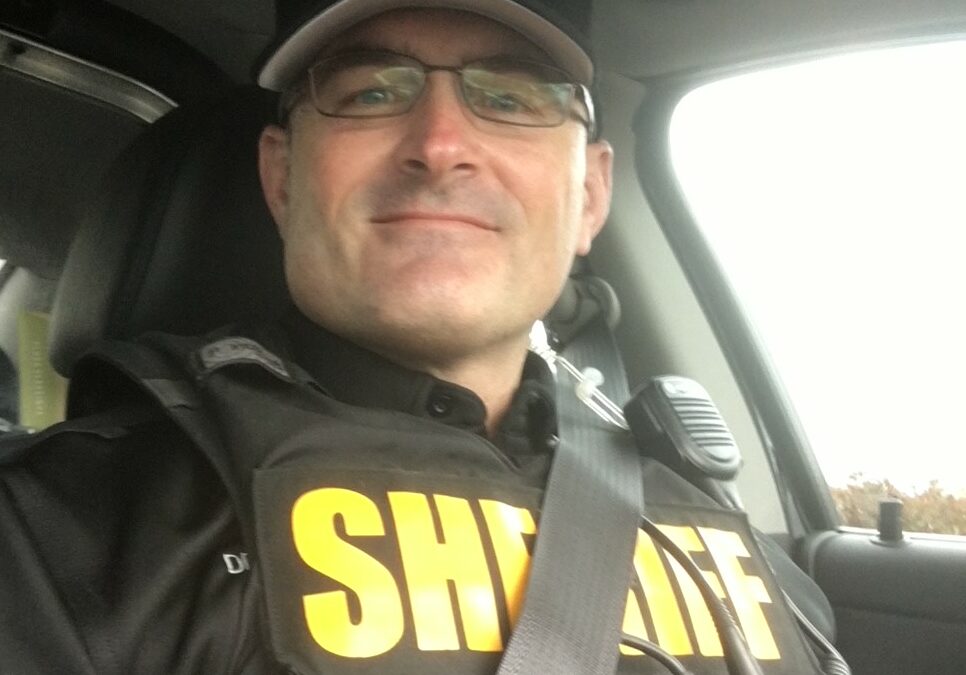 In many law enforcement communities around the nation, “de-escalation training” is a critical part of officers’ ongoing training and part of heightened efforts to reduce use of force controversies that sparked widespread protests in recent years.

Unfortunately, de-escalation training can be ineffective when officers and other first responders are suffering from PTSD – a destructive and unfortunately common condition that afflicts law enforcement, first responders, veterans, and others who have served in uniform for a purpose greater than themselves.

Fortunately, de-escalation training can work quickly, effectively and subconsciously when it is part of 22Zero’s Tactical Resiliency Protocol (TRP) – a service that can be provided at no charge for many sufferers.

I have had my own experience with the destructive triggers that can become embedded by traumatic experiences. I became an expert at triggering. The outcome was typically self-medication with alcohol, since it’s acceptable and a central nervous system depressant. When anxieties went high-water, alcohol would relax me. Rinse and repeat.

Alcohol worked to calm me, but also worked against me by not allowing me to hit my REM sleep cycles. This is a requirement to separate out emotions and process events. It moved memories and emotions away from the amygdala and into long-term storage of the brain. This destructive behavior occurred while I was still active-duty Army in Alaska in 2013 and brought me dangerously close to that permanent scenario known as suicide.

Putting on Another Uniform

I medically retired from the Army September 11, 2014, as a Sergeant First Class in the Infantry and was punted into the world of the U.S. Department of Veterans Affairs (VA). But first, I took a detour and put another uniform back on. I went back through the police academy in Florida and was rehired as a deputy sheriff.

A strange thing happened to me as a result. I felt normal wearing the uniform and carrying a firearm once again. I felt as if life was back to normal. Put another way, I was no longer feeling like a fish out of water. I had things to put my attention to on the regular. I was operating in the fight or flight as a matter of profession. I was coasting once again.

The Nightmares Return & Down the Rabbit Hole

I served another two years in law enforcement before deciding to take that uniform back off. I was struggling physically with a lot of pain and felt it was time to pass the torch to the younger generation. Combat takes its toll on otherwise healthy folks. And then it happened again: the nightmares, night sweats and high anxiety returned. “Where is the beer?” I thought to myself.

But I was married and had someone else to consider. I sought treatment with the VA. I had no badge and no top-secret security clearance to worry about anymore. The problem was that the VA slapped a label and prescription on me quicker than I could say, “What the heck?” I was not looking for drugs or labels, just solutions. This took me down the treatment rabbit hole, but eventually resulted in real solutions outside of the VA and the mainstream medical or mental health system.

The VA relies on prolonged exposure (PE) therapy as their gold seal treatment for post-traumatic stress disorder (PTSD). One thing I learned about PE, is how not to treat people with trauma. You cannot talk your way out of an overactive amygdala. Instead, we found some very real solutions and these solutions are nothing new. They have been around for quite some time.

The real solutions are rooted in the work of neurolinguistic programming (NLP). Likely the most famous NLP practitioner, Tony Robbins, has made a fortune using NLP to grow his business.

The specific solution for PTSD stems from a process called visual-kinesthetic dissociation (VKD) and was created by Dr. Richard Bandler, a cofounder of NLP along with Dr. John Grinder. In early 1982, they joined together to create NLP, modeling best practices adapted from the giants of psychology – people like Virginia Satir, pioneer of Family Therapy, Dr. Milton Erickson, the master of hypnotherapy, and Dr. Fritz Pearls who created Gestalt Therapy. We truly stand on the shoulders of these giants.

Standing for All Men & Women in Uniform

22Zero was formed to stand in the gap: to provide PTSD healing services to the men and women who put uniforms on for a purpose higher than self. Whether, military, police, or firefighters – these are our people.

Originally, we partnered with other nonprofits that offered NLP solutions. All of our funding was going to train licensed mental health professionals, including therapists and psychologists. We learned later that many just went for the free training and continuing education credits. They were not using the processes we paid for them to learn. However, others were forward thinking and truly wanted to help.

Then the pandemic hit, and donor funds dried up. This was a blessing and a curse. It allowed us to reevaluate our own program. We decided to return to the roots of NLP and model earlier processes, improve upon them, and train peer supporters to deploy them – which is what we call the Tactical Resiliency Protocol (TRP).

There are two parts to the TRP. First, we refined the trauma resiliency model (TRM) into an 18-line script, which can be read to the client and start the healing process.

Second, we use the emotions management process (EMP) and a 10-line script to reduce feelings of anger, anxiety, etc.

These two powerful protocols have the combined effect of resetting the nervous system and reconsolidating trauma, effectively releasing the emotions for good by disconnecting neural pathways.

This brings me back to the de-escalation part of this blog post. Let us talk about triggers. When the vagus nerve is activated, it’s like the limbic system hijacks the brain. This is the trigger, and two very profound things occur:

This is when law enforcement officers get into trouble: when they trigger, they can say and do things they wouldn’t normally do or say due to loss of executive function and lack of empathy. This is how we were created to survive in combat, allowing us to take another human life. In a life-or-death moment, you lack empathy for your enemy and can pull the trigger with ease. It’s the aftermath we struggle with when we realize what we did. I have experienced this personally in Iraq.

An incident in Sunrise, Florida recently, led to a road sergeant being charged with battery and assault after body camera footage showed him putting his hands on the throat of a female officer who tried to pull him away from an escalating encounter with a handcuffed suspect.

The sergeant may have been functioning 100% in the redline with no thought or feelings except emotions fueled by a hijacked limbic system.

These outcomes can be prevented. Using the EMP and TR-P protocols, we can disconnect the triggers, which means the limbic system will not go hyperactive unless there is a true threat to life.

Imagine if we could deescalate the officers subconsciously. That is what we are talking about.

Imagine a world where those who have suffered from PTSD can regulate their emotions quickly and efficiently without overreactions. What does that community interaction look like?

I believe soon we will see major changes in how we treat PTSD, anxiety and anger problems. This is our goal: to change the system from within. Subconscious de-escalation is real, and it is here.

Take the Next Step with 22Zero

If you are with an agency and would like to train your peer support teams, crisis negotiators, or victim advocates, please reach out to dan@22zero.org. We will operate within your agency’s budget. All training with 22Zero is through Tactical Resiliency, LLC. Treatment of your members is through 22Zero at no cost to the agency member.