2020 Post-Election Trauma, PTSD, or Anxiety turn it into a Healing Reframe

Change your 2020 Post-Election Trauma, PTSD, or anxiety into healing action?

We face post-election trauma or election anxiety or, as some call it, election PTSD, unlike anything we have ever seen in recent decades.  Technically, it is acute stress until it negatively affects the person for 31 days when it becomes Post Traumatic Stress. That being said, it will be quite sometime before the election is certified one way or the other.  Now I know some folks will raise their eyebrows at the thought of an election causing PTSD but let us examine history a bit.  In the last century alone, government leaders were responsible for the death of millions upon millions of human souls, Mao Tse Tung of China, 40-70 million, Poll Pot 1.5 million, Hitler 12 million, Stalin 18 million.  So, is it possible for people to be traumatized by an election?  Yes, is the short answer; however, there is more going on here than election fear.  Politicians use fear to control the story regularly.  In the world of Neuro-Linguistic Programming, it is all about language.  There are masters of manipulation that know how to phrase the language to hook the subconscious.  Repeating words like “Make America Great Again” tells the subconscious that America is no longer great, and we need to fix that.  Watching the news and seeing the wasting of our tax dollars,  the endless wars, overpopulated prisons, lying media sources, controlling narrative Tech companies, artificial intelligence, etc., can overwhelm the individual depending on how they frame it.  I believe PTSD is not something you will develop here in the US.  One of those other countries I mentioned maybe not so much.  Anxiety for sure, in my opinion.  I am not a licensed mental health professional; I know a lot about the brain as oI once a qualified expert in Trauma, which I am no 100 percent free of as I am PTSD Free.

No matter your political persuasion, We the People lend our power to the government to provide for our security and the nation’s general welfare, not to be confused with welfare as in free money. 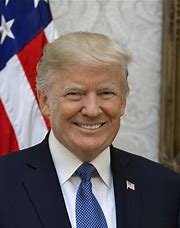 We adopt political parties initially because of family, friends, or a respected person in your life. Democrat or Republican, the same rules apply.  Conditioning over time may have brought you where you are.  You connected on an emotional level with a person or a cause you connected with and therefore developed a belief structure. It’s how we are as people, meaning-seeking creatures.  Maybe you served in the military and financially dependent on the military to feed your family.

Historically, Republicans have been preferred candidates for members of the armed forces. Maybe you receive welfare, and historically democrats give other peoples money to the poorer segments of society.  We are this way because of an emotional attachment.  So when your candidate loses, you feel a sense of fear or helplessness.  Guess what, folks, that’s a trauma response, and if after 30 days you are still struggling with it, it may qualify for PTSD whether we agree with it or not. 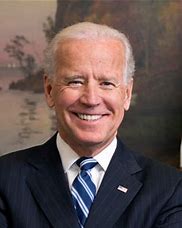 According to www.healthline.com and Dr.Melissa Hagan, Ph.D., MPH, “I think it’s notable that the election hurt close relationships in almost 25 percent of students. I can’t speak to other elections, and I can’t speak to the student’s internal or interpersonal experiences around the election,” Hagan wrote in an email to Healthline.  “I believe that if an election of any kind represents for some people a threat to their way of life, then it could have a significant negative impact on their psychological functioning potentially.” https://www.healthline.com/health-news/2016-election-led-to-ptsd-symptoms-in-some-students

That’s the pain point, your candidate didn’t win, and you feel a sense of fear and helplessness, maybe some anger attached to it or some sadness.  Your prevailing subconscious reaction is not helpful, healthy, or beneficial to you. That’s where we come in.  We can guide you through reframing your emotional reaction to the election results, regardless of party affiliation.

I think if all Americans can do that, we would be better for it.  Fear is one of those nasty emotions that exert control over your own self decisions.  Fear may keep you from going outside, driving a car, petting a dog, walking down the street alone, etc.  I think you see where I’m going with this. Post-election trauma can be easily remedied, FACT! Schedule an appointment today by emailing dan@22zero.org.  Veterans, first responders, nurses, doctors, active military, and families are free.  The rest of you will have to pay, but you will feel so much better.

It’s all in the Framing

We can reframe any emotion from the earliest onset of the emotion to change your reaction and affect how you react to the former negative emotion.  Find the first election you felt stress and disconnect that stress as if you are seeing yourself below from above and then reframe the event.  I reframed the election to eliminate the stress by telling myself that there is no fear in the U.S. for our electoral process; the Republic has existed since 1776.  We paid for it at a great price, and we continue to protect it at a great price.  We have endured some pretty crappy presidents; you get to decide who they are, not me. Only now you can learn these things and release the emotions.  Happy Healing!