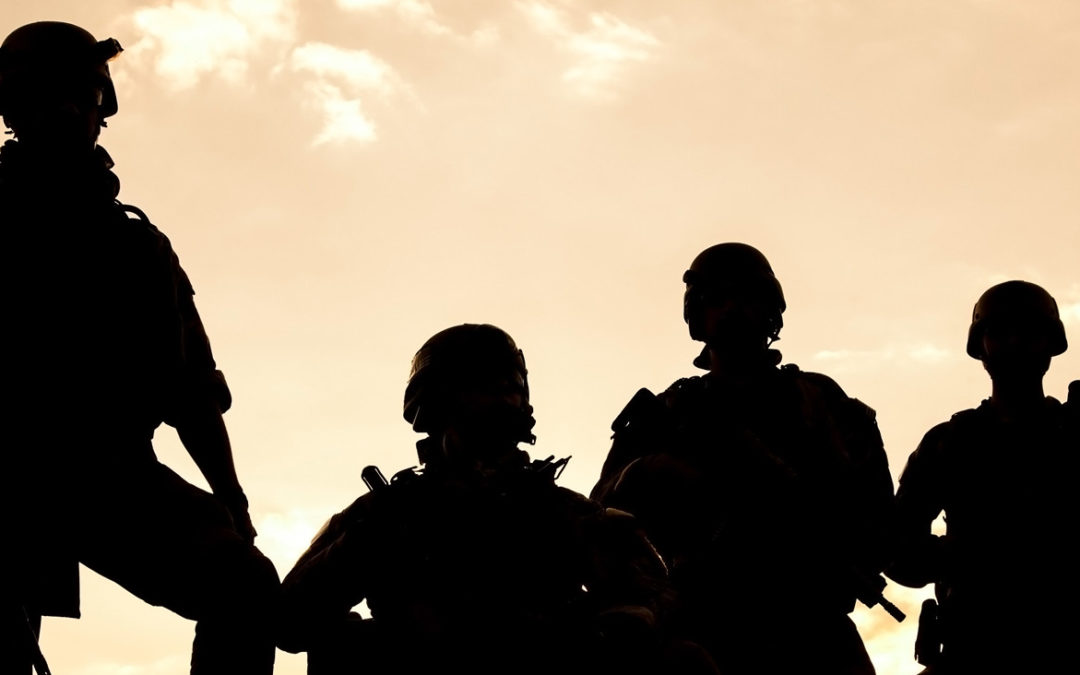 22Zero completed the training in Saint Augustine at the National Guard Armory,  https://www.nationalguard.com in a new skillset bound for deployment to the Middle East and beyond, this will change the narrative on PTSD.  22Zero conducted the training in our Tactical Resiliency Process (TRP) and Emotions Clearing Technique (ECT) mid-June, 2020.  Fourteen Florida National Guard members, two Florida Deputy Sheriffs one from the Seminole County Sheriff’s Office http://www.seminolesheriff.org/,  and one from the Polk County Sheriff’s Office. http://www.polksheriff.org/, There was also a substance Abuse Program Manager for the U.S. Army. https://sr2.army.mil/PROD_PUBLIC/index.jsp, they will all have a new set of resiliency tools available to work with their peers with the Florida National Guard that will help them bounce back from trauma-related events or just the significant negative emotions associated with a deployment.

It is organizations like the Florida National Guard and the Sheriff’s Offices above that are leading the charge when it comes to the health of their members. Amid the chaos, we are desperate to develop skills necessary for our first responders to not only manage stress but to crush it, in whatever form it comes.  The TRP/ECT process stops negative emotions like anger, fear, sadness, shame, hurt, and on and on.

The TRP will sever the emotional connection between traumatic memories and the feelings attached to the traumatic memories, with minimal effort.  Complex trauma can also heal by eliminating the emotions associated with the worst and or first traumatic event in the chain of events.  A person coached through a traumatic event can heal through neurological intervention, like the TRP.  We are finding that even those diagnosed with PTSD or C/PTSD are returning to their pre traumatized emotional states.  The night terrors, nightmares, flashbacks, and intrusive thoughts along with certain behavior avoidances stop.

We completed our first training of the Tactical Resiliency Process (TRP) and the Emotions Clearing Technique(ECT) in Saint Augustine, FL., and what a  better group to train then the Florida National Guard, preparing to deploy.  We trained Fourteen members from the National Guard; ten National Guard members will working the Middle East sometime between September and December of 2020.

Two members of the training were active Deputy Sheriff’s, one for Seminole County Sheriff’s Office east of Orlando, Florida, and another from the Polk County Sheriff’s Office between Tampa, FL, and Orlando, FL.  There is a much bigger movement underway to help our first responders because of times like these call for it.  The health of our Law Enforcement is at stake.  Law Enforcement is facing a rise of negative press and a rise in anger from the public they protect.

Law enforcement and first responders, in general, can reset emotions associated with trauma within 24 hours of an event.  Events like a traffic crash with fatalities, an officer-involved shooting, or the death of a child.

We can now turn off the fight or flight response with officers and clear their negative emotions like anger, sadness, and fear. We will be training Law Enforcement to do TRP and ECT, and this will have health benefits that will become known further down the road. As research is collected, regarding the comorbidities of stress, like heart attacks, strokes, or pick your cancers.

The U.S. Army sent a Substance Abuse Coordinator to attend the training.  Substance abuse with those on active duty are typically masking or self-treating an underlying trauma.  Mr. Figuoroa was very excited to learn these skills and wants to implement our resiliency work across the Army substance abuse programs.

The best part of the training is the requirement to process your trauma and negative emotions with a coach. The overwhelming majority of the class found this skill extremely beneficial to the execution of their duties. It is inspiring to know you have women and men armed with these skills that can immediately use them to help others. With the suicide epidemic in the ranks and the veteran population, we have a viable solution with the Tactical Resiliency Process (TRP) and Emotions Clearing Technique (ECT) that can affect change in real-time.

The training only takes three days to complete, and as we move forward, we will take the training feedback to continue to improve the process.  The benefit of having an Industrial and Organization Psychologist on our board and training team assures us of successful outcomes. Dr. Royster is a dedicated trainer, and Dr. R’s behind the scenes work is unmatched. Dr. R spent many hours developing the curriculum and training materials.  Dr. R’s teaching skills are amazing, and she has performed behind the scenes that weren’t visible to the class, she works like nobodies business, and because she is educating coaches to be as passionate as herself.

Skeptics are Necessary and Welcome

I enjoyed teaching the ECT to the class and performing the live demonstration with a couple of very skeptical individuals. One was a Licensed Mental Health Counselor who did his level best to hold back and keep some boxes closed. We made him confront the emotions just to watch him kick them to the curb.

The classes were required to do breakout sessions with two people, a coach and a coached person. I would walk around and listen in and provide feedback.  It was fun to watch them use their new skills because they would get very excited when techniques would work. I moved from groups of two to groups of two, giving real-time instructions; this was valuable for the students. One pair of classmates uncovered a traumatic memory, and some heavy emotions came out. In cases like this, a simple task can get them out of the triggered state. I told the two to walk around the yard and then back to their seats to change the focus. The movement will shift the focus and redirect the emotions. By the time they completed a lap outside, they were both laughing, and she was calm again; they were able to finish the TRP. The outcome was favorable.

Asking for help is a noble endeavor.

Kim asked if I would be willing to do the TRP wither her, and of course, I said yes. Thirty-five minutes after beginning the session, the yawns began. You know you have them at this point because they get tired. After all, the amygdala turns off the fight or flight. Your brain enters the rest and digest mode. She was a ten on the self stress evaluation (SSE) scale, 0-10 scale at the beginning. After I finished the Tactical Resiliency Process with her, she no longer felt severe emotions and was quite happy and was at zero on SSE. Kim was giggling after her session because she no longer felt the fear, terror, or helplessness.

She got up and went to the kitchen and asked where the Dawn dish detergent was. That was her trigger from an event that occurred as a small child. She found the Dawn soap took a wife and smiled, saying, “That smells amazing!” Her trigger had neurologically severed. Staying in touch with this National Guard member is very rewarding. She reports her sleep has restored to restful sleep, and the nightmares are gone.

We obtained evaluations after the training, and they were high reviews, but full disclosure a couple of folks did struggle, and that’s ok. One of the National Guard members could not separate himself to see himself in his mind. He also had a large chunk of his past blocked out—the brain’s way of protecting you.  I think he was feeling left out since he was unable to feel any relief. Always remember you can’t get 100 percent, and anyone that says you can are not being honest with themselves.  Some people will not let go of their emotions with their trauma because something about the stress injury gives them a benefit.  That’s what we call a secondary gain.

It was awesome to graduate class 001 and see the members immediately using these new skills. The closest thing I can say that makes sense is it feels like a superpower. The way we can reset emotions even with complex trauma without ever uttering a word of your story is astonishing. This skillset will have a significant impact on our Special Forces groups that have Top Secret or higher clearance levels needing to process trauma.