22ZERO and our Why 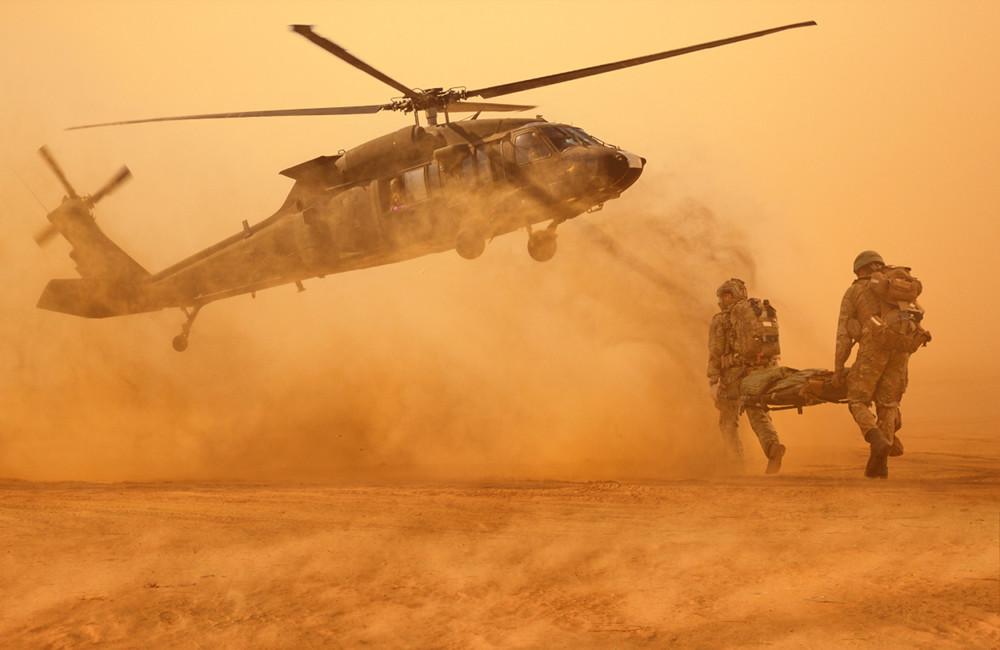 PTSD is an injury that can heal!

In September 2018, I connected with a research nonprofit in Albuquerque, NM and had my paradigm changed forever.  I learned of new and effective treatments for trauma, which are hidden breakthroughs. A new treatment scientifically studied for the clinical world with science to support their claims of 92 percent success at ending PTSD symptoms.  We have funded more than 20 licensed counselors in their  process.

We decided to create our own process we call sight-sensory separation, and the Tactical Resiliency Process (TRP) was born.  We have several PHDs and Licensed Mental Health Counselors eager to help us as with our clinical research, which is exciting.     Our goal in the resiliency training is to use NO content about traumatic incidents or extreme negative emotions and avoid counseling clients. We do have counselors that we will refer clients to.  We are here to give the individual the resiliency skills to bounce back from trauma or extreme negative emotions, teaching their brain a new skill.  Effectively ending the symptoms associated with PTSD.  A 100 client study proved effective at ending PTSD symptoms in all 100 using the Tactical Resiliency Process (TRP). To date we have trained 69 peer coaches, counselors, deputy sheriff’s, police officers, fire fighters, members of the Florida National Guard and Florida Air National Guard.

“We are our brothers and sisters’, healers” 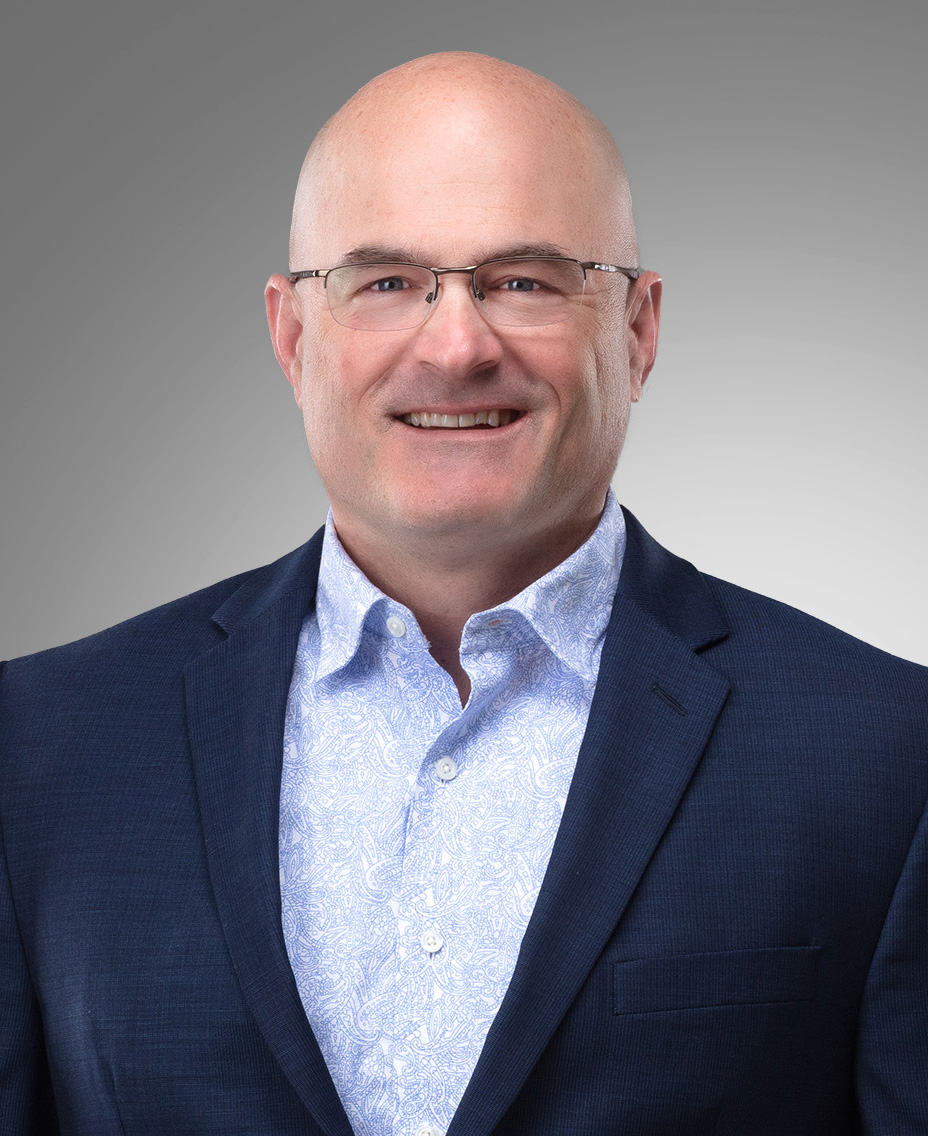 Retired Army SFC Dan Jarvis was deployed to a combat zone in Afghanistan in 2011. Shortly after his arrival, he stepped on a pressure plate and detonated an Improvised Explosive Device (IED) five feet from his position on the patrol. The IED inflicted a traumatic brain injury. He insisted on continuing to lead his troops on the battlefield instead of taking a break, however, the Battalion surgeon ordered him out for a week before rejoining his Soldiers. After weeks of no sleep, as a result of the IED blast, he led his squad on a mission to escort an explosive team to defuse a bomb found by another Platoon. His role in the lead vehicle as the truck commander (TC) was to detect IEDs on the route, to ensure safe passage for the other vehicles in the convoy. An undetected IED exploded under the fourth vehicle in the convoy, taking the life of SPC Doug Cordo. Dan felt responsible for the losing Doug.

Near the end of his deployment, Dan received a Red Cross message informing him that his mother was deathly ill. He immediately left Afghanistan and headed to the United States in hopes of seeing his mom before she took her last breath. Unfortunately, he did not make it in time to say good-bye before she died, which weighed heavily on him. After her funeral, Dan returned to his assigned duty station in Fairbanks, Alaska at Ft. Wainwright. Burdened under the weight of such guilt and still unable to sleep, Dan self-medicated with alcohol, binge drinking each night until he fell asleep.

On the night of March 2, 2013, he contemplated suicide – eyeing the rifle in the corner and convincing himself that it would be easy to end the mental torture. Hearing the pitter-patter of little feet on the floor of the apartment above him, he realized he would potentially endanger those kids if a bullet was fired. As usual, he passed out from the alcohol. He awoke the next morning to a call informing him that one of the soldiers from his former Platoon, SPC Corey Smathers, had shot and killed himself the night prior. Questioning how they missed the signs that Smathers was struggling, Dan realized that he too was masking the signs from those he knew and loved. Dan and the other men struggled emotionally as they grieved their fellow brother and Soldier. Watching the men struggle and worrying that he may “green light” one of them to do the same, Dan resolved that he would not take his own life. However, the mental torture remained as did the binge drinking each night.

Due to multiple combat injuries, Dan medically retired from the Army on September 11, 2014, and returned home to Winter Haven, Florida. He quickly busied himself by reentering the law enforcement profession. Mutual friends introduced Dan to his future wife in January 2015, whom he married in April 2016. All the while, he hid his struggles and the need to self-medicate. Unfortunately, his combat injuries forced his retirement from law enforcement in May of 2017.

With little to occupy his time, the weight of his military experiences, and transition out of service began to manifest more visibly in his drinking, depression, nightmares, night sweats, and negative outlook. His wife strongly encouraged him to seek help, and he contacted the local VA Office. The VA diagnosed Dan with Post Traumatic Stress and began to treat him with prolonged exposure therapy, which tormented him nearly as much as the trauma he had experienced. He opted not to continue this line of treatment after the VA canceled a couple of appointments.

Dan went through the breakthrough treatment and his experience with alternative therapies was so life-changing that he was compelled to help others find the same relief from traumatic memories. 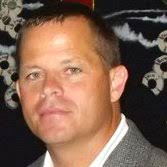 Jeff Messner grew up in Winter Haven, Florida. He graduated from Winter Haven High School where he met Dan Jarvis, a fellow wrestler for the Winter Haven Blue Devils.

After graduating from the University of Central Florida in 1995, Jeff worked for a few national corporations before starting his own advertising/publishing company in 2000. His company served churches by providing publications free of charge to the church, paid for by advertisers.

Building his company to a national platform set the stage for its sale in 2012. Jeff fulfilled a five year management relationship as the Senior Vice President of Sales before moving on professionally. Now, Jeff serves as the Chief Revenue Officer for Liturgical Publications, Inc.

Jeff grew up in a close-knit home where stewardship was the standard. He’s been married to his wife, Teri, for 22 years and has three college age daughters and an 11-year old son. Throughout his life he’s made full stewardship a hallmark of his existence. For the past 10 years, he’s served as the chair for his church’s Pastoral Committee. He’s also served on the St Joseph Catholic School Board, the Impact Volleyball Academy board, as well a guest mentor for the University of Notre Dame Business Leadership program.

Jeff’s humbled to serve on the board of 22Zero and fully believes in its mission and potential to positively impact so many lives! Dr. Janell Royster served in the USAF as a surgical technician in the 1990s.  She currently holds a master’s degree and a doctorate in Industrial-organizational psychology as well as a master’s degree in Mental Health Counselling.  Dr. Royster is also currently pursuing a second Doctorate in Educational Leadership.  She is currently pursuing licensure to be able to practice in 5 states.

Dr. Royster operates her practice, focusing on the health and wellness of veterans, active military, first responders, and their families.  Dr. Royster also has a passion for helping children that have been traumatized by life experiences to get them back on track to healthy living.

Dr. Royster currently serves on the Virginia Clinical Counselor’s Alliance as the current treasurer for 2019-2021.  Past boards have included Indiana and Illinois Counselors Associations between 2014-2017.

She has served on the American Counselors Association Committee for Human Rights from 2018-2019.  Dr. Royster spent 2016-2017 as a member and conference coordinator for Safe Coalition for Human Rights.

Dr. Royster completed a PTSD breakthrough training designed for mental health counselors in NYC, NY, in January 2020.  She has now treated 116 people in a brief period.   The youngest client Dr. Royster has worked with is four years of age, and the eldest is 103.

Dr. Royster is fully committed to the mission of 22Zero, as the sponsoring organization for her training and has also accepted a board position with 22Zero to establish a mental health advisory committee.

Dr. Royster developed the Tactical Resiliency Process (TRP).  Dr. Royster is a certified trainer and practitioner of the TRP.

Dr. Royster is a certified practitioner of the Emotions Clearing Technique (ECT). 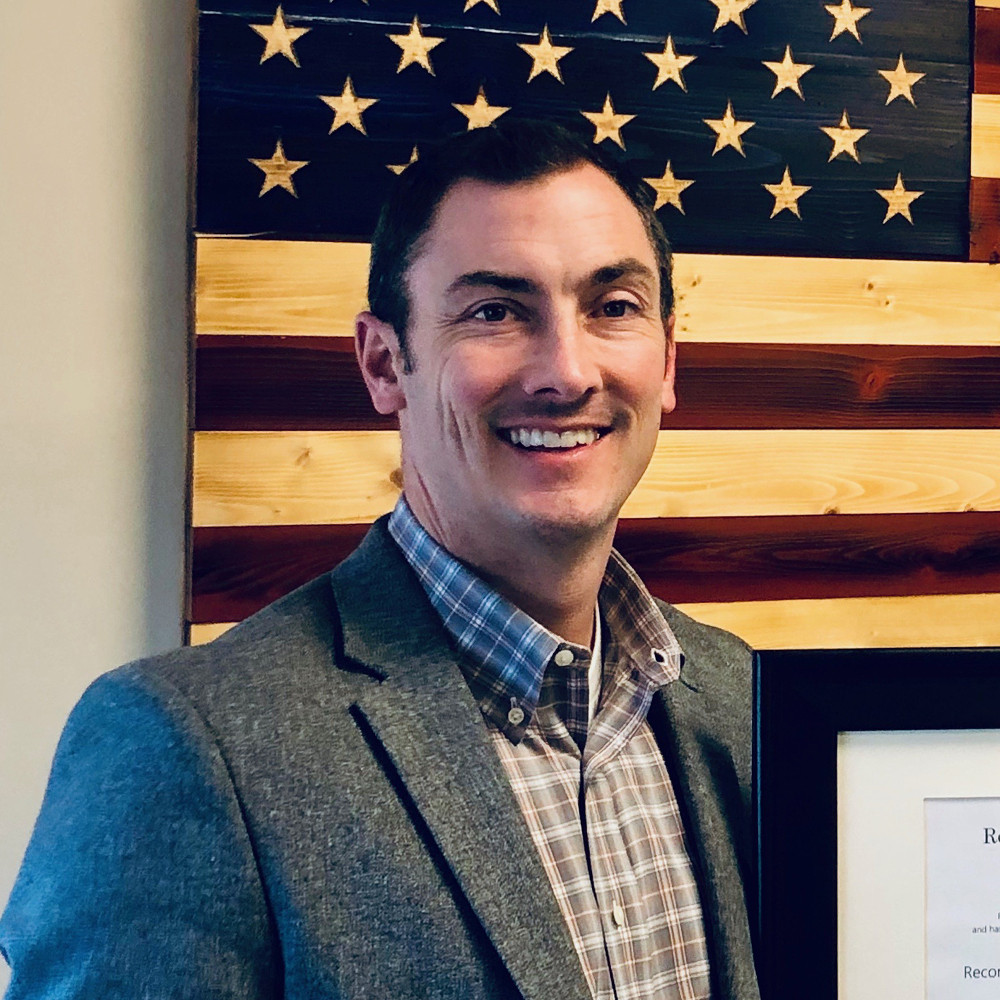 Nick Davis, Board of Directors, Vice President, and Growth Development Committee Leader, & Founding Member.
Growing up in Bennington, Vermont most of my time was spent hunting, fishing, and just being outdoors. It was my grandfather, William E Fisher, a WWII Army veteran who sparked my passion to serve our country.  In 1997, I enlisted in the USAF as an F-16 crew chief.  I was deployed twice to the Middle East for Operation Southern Watch.  Before my enlistment ended, I was selected to the 9th Air Force Viper Demonstration Team in which we did many airshows across the country in conjunction with the Blue Angels.
After being honorably discharged in July of 2001 I spent the next 11 years in aviation, the bulk of those years as a flight technician for General Electric.  I would see some 50+ countries during that time and fly on corporate aircraft with some of the country’s most influential men and women.  Although my career and job were incredible, I was unfulfilled as I had been wanting to serve and work with people in a more direct fashion.
In the spring of 2011, I met my amazing wife Sarah after having been a single dad for almost a decade.  It was at this time I knew I needed to make a career change to be able to better serve others as well as my family.  With God’s help and the support of Sarah I made the career shift into finance.  I was recruited by my firm Edward Jones in 2013 as a financial advisor and feel beyond blessed to serve in this fashion.
Although my career and personal life were clicking along, I still had that burning desire in my gut to serve our veteran community.  It wasn’t until I met my good friend Dan Jarvis that God would yet again help guide me to exactly where I needed to be.
22Zero and the Tactical Resiliency Process (TRP) are a calling to my soul. I have personally seen just how powerful TRP is and how it can save families and lives right in front of your eyes! Our Veterans, First Responders, and communities need and deserve this. Getting the training and information in the hands of more individuals to help us stomp out PTSD is at the forefront of my mind every day and the Tactical Resiliency Process (TRP) along with 22Zero IS the vehicle to help us deliver on that need!
Sarah and I have been married for 9 years and we have 5 children; Hailey 20, Emma 18, Fisher 7, Anika 6, and Bodi 2. Sarah shifted gears as a physical therapist to instead stay at home with our little ones, and this past year joined our firm as a financial advisor as well.  We live Ashburnham, Massachusetts where we breed hunting dogs and enjoy time on our family’s beef cattle farm when we are not in the office.  We are a family that deeply loves our country as well as the men and women who put it all on the line for the rest of us. 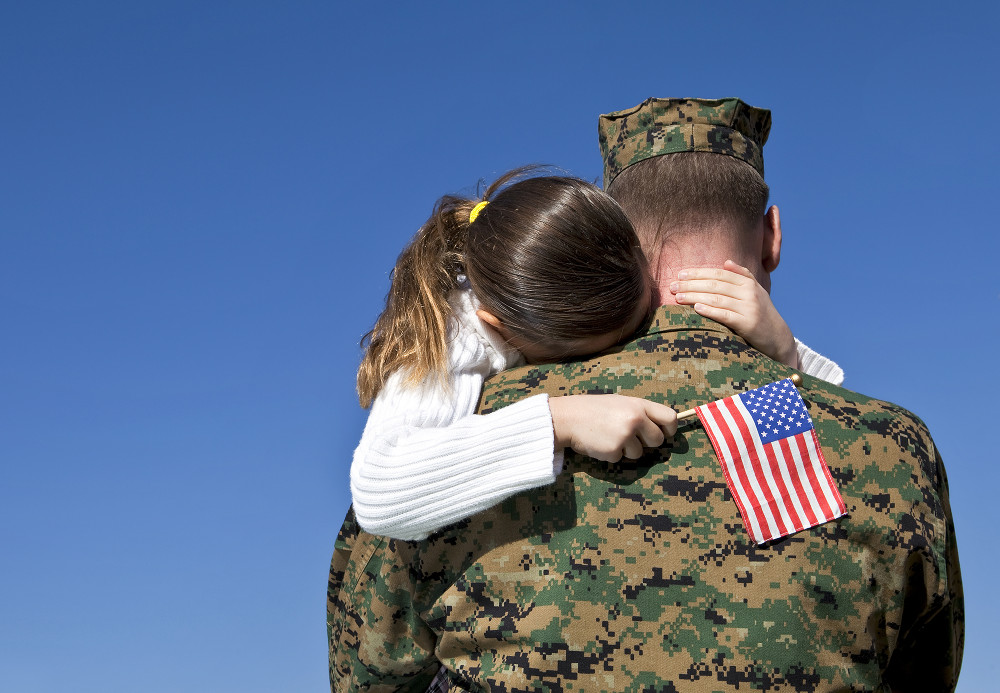 Get your life and your family back with the assistance of your battle buddies at 22Zero. We use resilience tools to address negative emotions and traumatic emotions that may lead to PTSD.   Our Tactical Resiliency Process (TRP) was a process we developed requiring no content; the first study with 100 clients came in 100 percent. The TRP and Emotions Management Process (EMP) use a series of safe visualizations that separate the emotions from traumatic events or severe negative emotions.

The Tactical Resiliency Process (TRP) and Emotions Management Process (EMP) are in the research phase.  Our testing of the TRP model, with more than 100 clients with PTSD, found 100 percent successfully eliminating PTSD symptoms with between 1 to 3 sessions. A replication study is currently underway.